IT People are Magic

IT people are magic. That’s all there is to it.

Well ok, maybe that isn’t quite the case but it seems to be the general feeling toward us. So let’s push back that veil of the IT world and give you a better idea how we opperate.

So there’s no magic?

What you actually have are two common misconceptions when it comes to IT people. Well, there’s really three but that third one can be hit or miss so we’ll start off with those first two. And really, they tend to stem from people not really understanding the IT field just labeling fixes as magic, but sadly, we aren’t running off magic. Now if you want real magic, my wife makes some sugarless cupcakes out of beans which actually taste like real cupcakes. I swear there’s some voodoo at play with those. But things in the IT world run a little differently.

Misconception 1: We are being of pure intellect who know everything

While we’re flattered you think so, this really isn’t the case. It’s more like we’ve found a profession that suits our technically inclined nature and pursued learning it. That said, we don’t know the fix to every problem off hand. We have learned how computers should work and use that knowledge to start pinpointing why a program isn’t working or the computer won’t turn on. We even occasionally refer to Dr. Google for answers.

Misconception 2: As IT people, we must be good at all areas of IT

We’re skilled in a wide array of areas within IT but every area is its own specialty. In our case, we work with Windows environments, network engineering, and security. Want us to code a program? You’re out of luck. Think of it like a doctor. You would not want to go to a Urologist for your brain surgery. Or at least we hope you wouldn’t. The same works with IT. This is why we work with other IT specialists to handle all of your needs.

Right then, so how do we actually resolve your problems? See below… 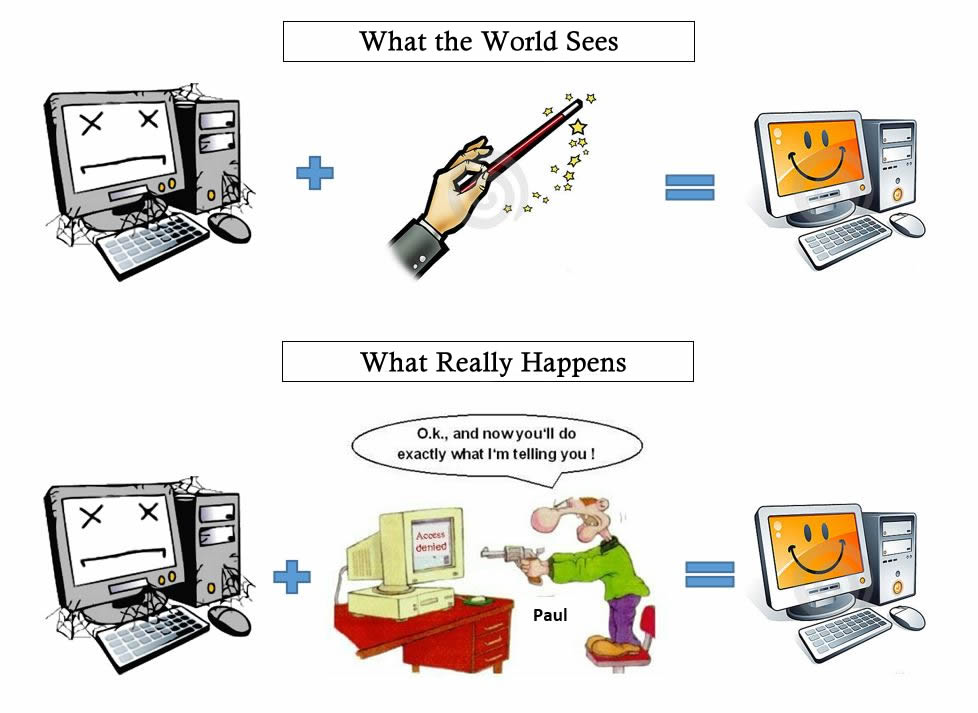 Ok ok, so maybe we don’t quite do it this way… most of the time. What do we do? We follow flow charts. When something doesn’t work, there are often many things that could be causing it. We look at the most common cause and start working our way down the chart until we find the actual problem. A “if it does this, move to option A. If not, move to option B” type approach. This keeps us organized and lets us quickly track down the issue.

I mentioned a third misconception. It is often thought that IT people are making up work or overcharging to try and “get rich fast” since the technical work done is out of end users’ areas of expertise. While unfortunate, some companies do in fact do this. This company, however, was founded on the principal of service. We only provide honest work and billing because we want to be able to feel good about our jobs. And if you ever have questions on work or bills, we’re happy to answer them! 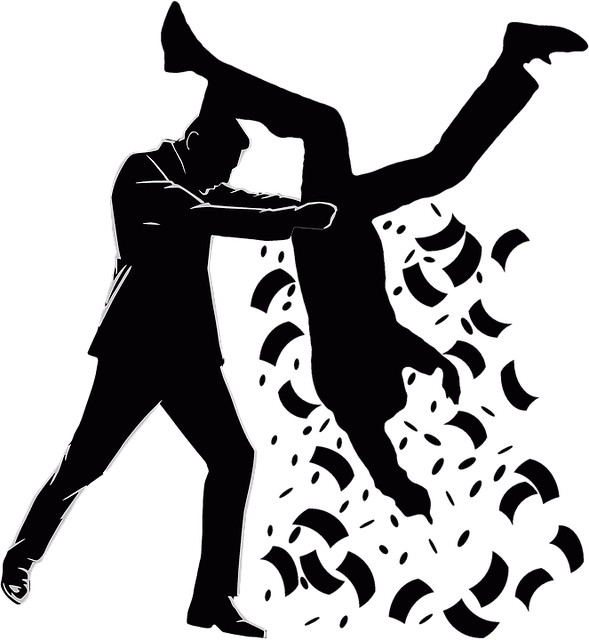 Hopefully you understand a little more about our world now. It isn’t quite as magical as it seems but it’s still fun all the same (at least to us anyways!). Although sometimes software bugs do make “impossible” things happen which even we’ll sit back and stare at. So maybe there’s a little magic at play after all. Either way, we’ll keep after it so that you can keep on using your systems problem-free.